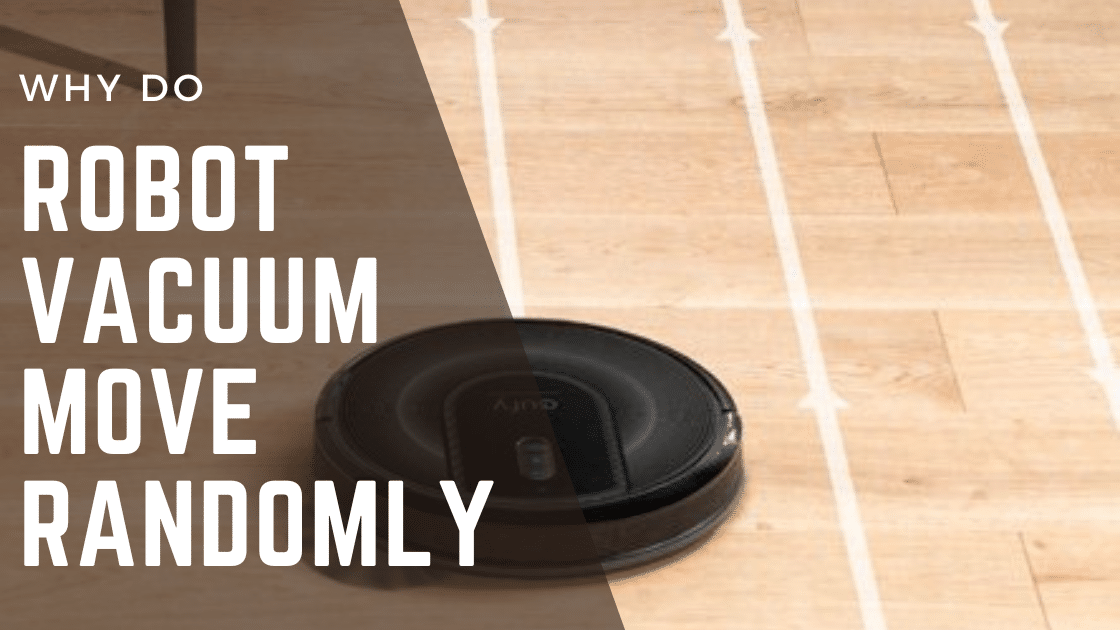 Different robot vacuums may include versatile navigation systems, but there is one thing that all robot vacuums share, they seem to have random navigation, but trust me, there’s a simple explanation of why robot vacuums move randomly. By the end of this article, you will understand the fascinating reason behind the weird navigation of your robot vacuums.

Even if you own a high-end Roomba, you’ll still notice that your vacuum navigates in a peculiar manner. This could leave you frustrated and wondering why robot vacuums move randomly.

This is caused by a multitude of reasons, which I’ll be elaborating on in this CleanersAdvisors article, answering your question “why do robot vacuums move randomly”.

What Are Robot Vacuums?

Before I answer the question “why robot vacuums move randomly”, you first must understand what a robot vacuum is at a basic level.

A robot vacuum is an automated cleaning device that keeps your house clean without you moving a finger. The device pretty much slaves away all day to make sure your house is clean.

Robot vacuums utilize AI and sensors to plan out the path of the vacuum. Some robot vacuums include great navigation systems, while others are sub-par.

Here’s a quick video that will answer all your questions on why robot vacuums move randomly.

What Are the Main Types of Navigation Systems on a Robot Vacuum?

Robot vacuums use a variety of navigation to map out the cleaning path of a house. In the following section, I will be going over the various types of navigation systems, along with their pros and cons.

The distance and direction of objects surrounding the house are calculated by accelerometer and gyroscope sensors.

This technology is used in Budget-Friendly Robot vacuums. This means that it is less accurate at mapping and less efficient at navigating than vacuum robots utilizing lidar and camera-based technologies.

In this navigation system, the Information is detected by a spinning; invisible laser called a lidar. It maps the house and cleans it methodically in straight lines rather than wandering randomly, gathering information along the way regarding the house’s layout and impediments like furniture, tables, chairs, and humans

When compared to other mapping and navigation technologies, lidar technology is the most accurate.

Most high-end vacuums utilize this Lidar-based mapping combined with other technologies to create the best navigation system possible.

This method makes use of a digital camera to map the area by taking pictures of landmarks around the house. Although this technology maps effectively, it cannot function at night. However, some manufacturers are starting to incorporate a light source into some of the gadgets.

Some manufacturers implement a multitude of mapping technologies and combine the mapping. For the device to navigate effectively, these technologies are combined with sensors and the robot vacuum cleaner algorithm.

What Are the Sensors Used in Robot Vacuums?

Robotic vacuums utilize mapping to plan their routes and employ sensors to monitor the state of the roads as they go. Let’s examine the cliff sensors, obstacle sensors, and other technologies that make these gadgets function. To answer your question why robot vacuums move randomly.

Due to safety regulations, cliff sensors are installed on every vacuum robot. Infrared light, which is reflected from objects, is utilized by cliff sensors. Then, the items transmit a signal back to the vacuum’s receiver.

If the vacuum does not receive a signal, the receiver alters the path if it does not find any objects. By doing this, you can stop your vacuum from falling down the stairs.

A vacuum will undoubtedly encounter blockages from furniture and other items that are on the floor when cleaning your home. The vacuum will be guided around the obstructions by obstacle sensors, which are normally mounted on the vacuum’s bumpers.

The sensor will activate when the vacuum makes contact with an object, causing it to veer away from it.

Infrared light is utilized by these sensors to identify barriers and subsequently clear the edges. The robot will accomplish this efficiently and without running into any walls.

Light sensors count the rotation of the wheel to calculate the distance traveled. Only low-end models now use these sensors, even though they were frequently used when robot vacuums were first introduced. Now, other technologies have taken over.

What is the Best Robot Vacuum Navigation System?

When looking at the previous section, we can identify that the best robot vacuum navigation system is the Lidar-based movement. But that isn’t the end of the story.

There are multiple vacuums that implement this system, but the best one is the Roborock S7 MaxV. It utilizes a lidar laser accompanied by a 3d camera. This is the best one according to tens of reviews when it comes to navigation systems. But if you want a more in-depth guide, you should check out this guide on the best robot vacuums on the market.

Elephant in the Room: Why Do Robot Vacuums Move Randomly?

The aforementioned explanation has shed the light on why robot vacuums move randomly, including limited budgets and other limitations such as current technologies, but the main factor that determines its weird path is its navigation system. Different navigation technologies can result in a cleaner house than others.

Remember, robots are not as intelligent as humans in this sector. As a result, consumer-level sensors and AI will not be able to replicate the efficient actions of a human.

Yes, robot vacuums seem inefficient, but for what they are, automated cleaning devices that keep your house clean without you having to think about it. They are fantastic devices.

Another factor that determines your robot vacuum’s peculiar movement is sensors. Sensors can detect obstacles and allow the navigation system to plot out another route.

For example, the wall sensor allows for the vacuum to not enter and bump into a wall. But this could leave some dust next to the walls. This is why a human can clean up the same mess in a less amount of time.

Why do robot vacuums move randomly?

How Long Does a Robot Vacuum Last?

Most robot vacuum will last you 3-6 years, as long as you properly maintain them.

If it’s real hardwood, scratches are rare unless the vacuum itself is damaged. On softer types of stone, tile, or wood flooring, though, a robot vacuum with abrasive bristles or hard plastic wheels can cause damage.

In conclusion, there is a simple explanation to the question ‘why robot vacuums move randomly’ and its not what you think.

Also, robot vacuums don’t think as we do, so they can’t clean as fast and as efficient as regular cleaners. But their convenience cancels that big con.

I hope I’ve answered your question about why robot vacuums move randomly Bye! 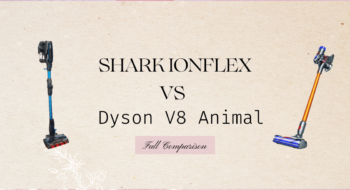 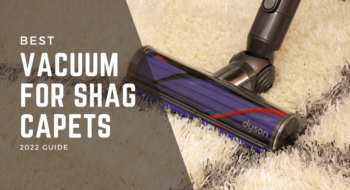 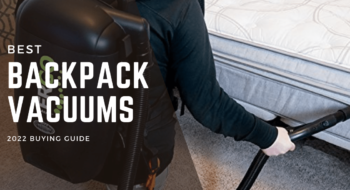 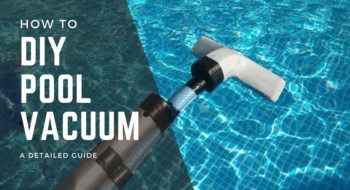 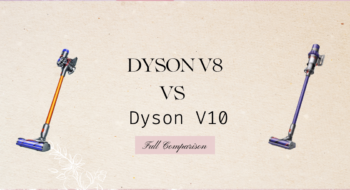 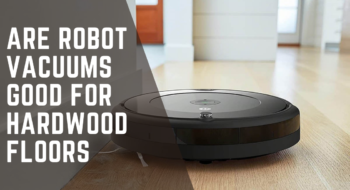